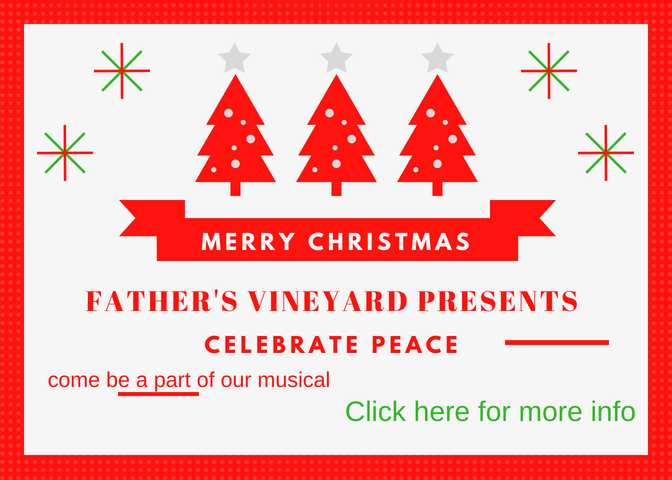 Our Christmas program this year is entitled Celebrate Peace.  We will be presenting this program on December 16th.  Rehearsal are to be announced.  If you would like to be a part of our program please contact Charlie Hopper.  Our program this year will incorporate our Children’s Choir, Praise Team, Dance Team, narrators and special songs with soloists. Some stage hands and coordinators will be needed too.