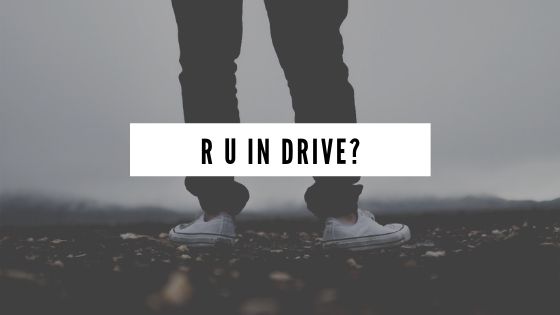 So…if you’ve been driving for any length of time, you understand the basics of how a transmission works (hopefully). P=park and you use that when you….”park”. R=reverse and is used for…you guessed it…backing up. N=neutral…and that won’t move you anywhere…unless you’re on an incline. However, the gear used most frequently is D=drive, for moving forward. Sometimes, though, when you become a Christian and you decide that Jesus is who the Bible say He is and that the Bible is actually the Word of God, it can be easy to slip from Drive (moving forward) into Neutral (going nowhere) or even Reverse (moving backwards from where you’ve come). That being said, there are times where you need to rest from moving. That doesn’t mean you stop growing and maturing. Life will keep moving forward regardless of what “gear” you find yourself in. It doesn’t stop…it won’t stop. Occasionally, there are seasons of life we all go through that will make you feel like stopping…maybe even backing up. You may even feel that it’s not worth the trouble to keep “doing this Christian thing”. The “Christian thing” is so much more than just keeping rules and a bunch of “do’s and don’ts”. It’s totally about having a relationship with the person of Jesus Christ. Let Him be your example. Not what you watch in movies, hear in music or see in social media posts. His love for you is greater than any of those things. His compassion for you in your season of Park, Reverse, Neutral or Drive is greater than you can ever imagine. So, whether you’re in P, N, or R…just now that you can (and will) shift into D. You will move forward from this season and you will make it!